Safety of Lives and Properties: OYSAA to order Removal of Illegal Billboards

As a way to ensure safety of Lives and Properties of every citizen from power lines, the Oyo State Signage and Advertisement Agency (OYSAA) will order removal of Illegal billboards under the power lines that may cause hazard to the communities.

The Director General of the Agency Hon. Temilola Segun Adibi disclosed this during the courtesy visit of Ibadan Electrical Distribution Company (IBEDC) paid to him in his Office, Secretariat, Ibadan.

Hon. Temilola Adibi stated that all the billboards erected and installed on power line right of way are against the agreement signed by the Agency with the Advertising Practitioners. He said the Agency will first sensitize and engage the perpetrators instead of using force. Means of enforcement will be last resorts.

He stated further that, Governor Seyi Makinde is more interested in positive change through dialogue and engagement than the outright use of force. That is why the Agency will engage the Advertising Practitioners to correct the anomalies.

The Director General maintained that the established law of the State Signage Agency (OYSAA) gave the agency the power to regulate, control and administer advertisement all over the State. He said after the sensitization and engagement of the practitioners, legal action will be taken against any advertising practitioners who fail to regularize their billboards.

In his own remarks, the Chief Operation Officer of IBEDC, Engr. John Ayodele who was represented by the Head, Safety and Environment, Engr. Abiodun Dirisu appreciated the Agency (OYSAA) for the way of regulating, controlling and administered the advertisement in the State. He then appealed to billboards owners to always respect the right of way for power line in their effort at installing and erecting billboards around the service area to ensure safety of lives and properties. 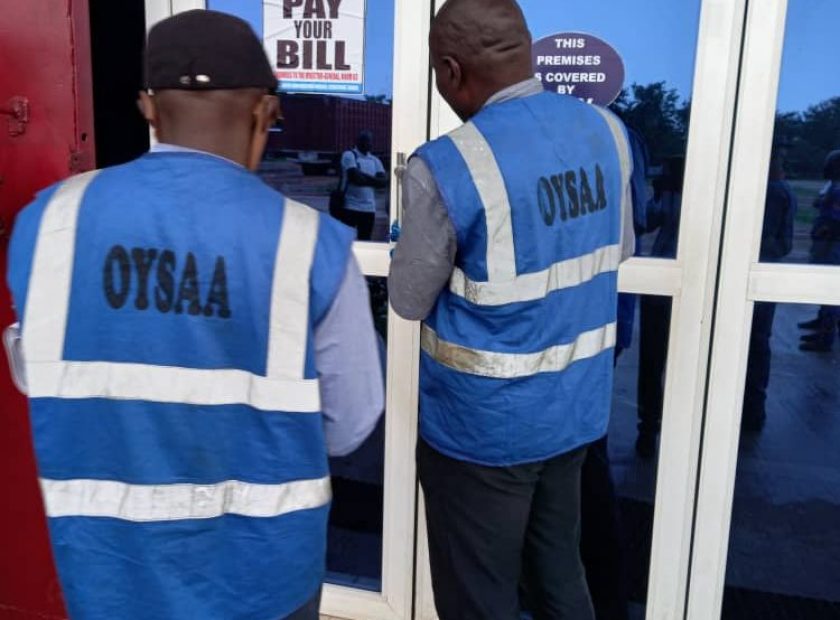