Oyo State Signage and Advertisement Agency (OYSAA) has embarked on total enforcement exercise across the State in a bid to ensure defaulters pay dues accrued to the agency.

The Director General of the Agency Hon. Temilola Segun Adibi, disclosed this while addressing journalists in his Office, Secretariat, Ibadan.

Hon. Temilola Adibi stated that prior to this time, the Agency has warned the Advertising Practitioners, Multinational Corporate concerns and other Stakeholders to regularise their statutory obligations and pay up debts owed the agency.

Adibi, condemned the lackadaisical attitude of some stakeholders who are not willing to pay their dues, stating that they would be sanctioned in line with the dictate of OYSAA rules and regulations.

He noted that it would not going to be business as usual, as the agency is poised to act accordingly to ensure things are done as they are supposed to.

The former member of the House of Representatives maintained that OYSAA will not condone any sharp practices and proliferation of Illegal structures on the street stating that OYSAA  would clampdown on any Advertising Practitioners, Multinational Companies and others Stakeholders who failed to comply with the rules and regulations of the Agency. 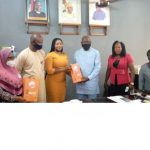 Safety of Lives and Properties: OYSAA to order Removal of Illegal BillboardsMay 20, 2021